So it’s the week of Halloween, and we’re reading a book starring Coffin Ed and Grave Digger. Funny how that worked out. 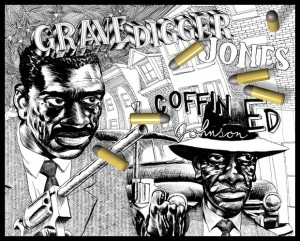 I thought I’d take a look at Chester Himes to find out what he’s about. From his biography, it looks like he’d seen the worst of Jim Crow and institutionalized racism. Some of his novels are set in Los Angeles and Harlem, two places where he spent some of his adult life after getting out of prison. His early novels didn’t do well with the public. Perhaps America didn’t want to hear about the horrors of racism. He left the US for Paris, which was apparently more accepting of African Americans. At the invitation of the publisher of Série Noire (from which we get the term film noir), he started writing his Harlem detective novels, under the influence of Hammett and Raymond Chandler. These books were successful in France, so they got picked up by American publishers. While the issues of race were still everywhere Himes’ novels, he gave his audience characters they could latch onto and story lines that let them laugh through the desperation and ugliness. 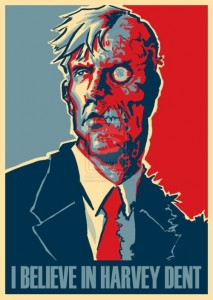 Coffin Ed Johnson and Gravedigger Jones make an intriguing pair. Except for Coffin Ed’s acid-scarred face, the two seem very similar. I think the book said they even live on the same street. That two sides of the same coin characteristic, plus the acid-scarred face, make me think of Harvey Dent/Two-Face, showing that all roads lead to Batman. And while they have the scary nicknames, their last names – Jones and Johnson – are as common as can be, which ties into the Strangers on a Train idea that anyone can be a killer.