A step closer to the 21st Century

I do like the idea of a female P.I. It changes things up form what we have been reading so far and its nice to see the hardboiled genre from a woman’s point of view. With that out of the way, I thought the book to be annoying in some places. For example, V.I. gets overly critical sometimes when correcting grammar and other small slights. Maybe Paretsky was trying to throw sarcasm in the mix but for me these small take-aways are just plain annoying. It makes me not like V.I. because she seems like a stickler for everything.

Concerning the way V.I. acts throughout the novel, it makes it seem like society and pop-culture and the image of the perfect body and perfect life starting flooding the television, which is fairly accurate in my opinion. 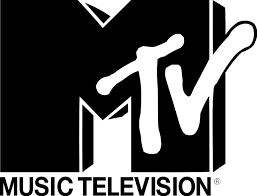 MTV was launched in 1981, the year before Paretsky’s book was first published. Once MTV was launched, a whole new wave of music videos with beautiful women, men starting appearing on MTV and could be watched all day, a new one starting every 3-5 minutes. The images of pop-culture icons, the idea of being fit and attractive, as well as confident, seems like something that would appeal a little more to women than would men. V.I. exercises, meticulously picks out her clothing each day, loves how clean and tidy her office space is to give a good impression on clients. The idea of self-image is something that people start to become obsessed with and I feel that MTV stating in ’81 and continuing today adds to the people’s desire for a perfect life.