First there were locusts, storms and death in the world, then there were pimples.

Strangers on a Train really grasps this thought that anyone can kill, but there is a significant difference between the two perspectives of killing between the main characters.  Bruno had a great time stalking Miriam, and he even had a little contact with them a few times.  He really wanted to stay on the merry-go-round and eat all of the foods they were eating, so this really proves that the thought of killing came easily to him.  Guy, on the other hand was very different.  He refused to do the murder for months and once he did agree, he was not happy and very nervous during the whole endeavor.  Once it was finished and he got back into a job and marriage, he still had the worst guilt over him and that is how he is NOT the same as Bruno. 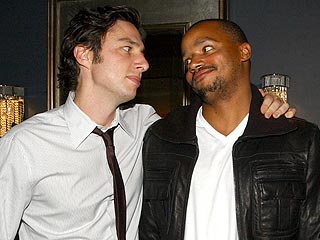 There is definitely a bizarre bromance going on between Guy and Bruno, but I don’t agree that Guy eventually becomes exactly like Bruno.  Once Bruno dies and nobody cares except for Guy, there will always be a place in Guy’s mind that is connected to this man that he practically killed with, but I believe his character can possibly return to a working stability.