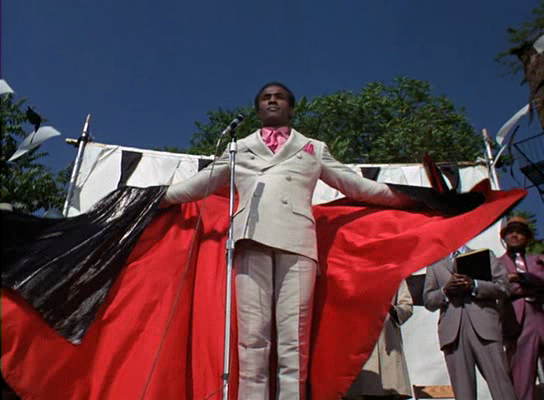 I would say that, for the most part, the book related to the movie very much, especially the characters.  Grave Digger and Coffin Ed were pretty true to how I pictured them, just as others said, and as I pictured above, Deke definitly showed off his self-riteous ways while still hiding from trouble with weakness.  The only chracter that was different was Mabel, the widow that hid Deke.  Although, Iris was for sure the femme fatale of this book, I thought the movie played down Mabel’s character too much and she was even shy around Deke, wheras in the book she was all over him.  I believe that Mabel’s actual relations with Deke was the main cause of Iris’s jealousy and arrest, so why did the movie cut it out?

There were other characters that were left out conpletely, like the Colonel and maybe even a solid Anderson, but over-all the chracters were legitimate.